It is probably true that:

“Once a student sees that he or she is capable of excellence, that student is never quite the same. There is a new self-image, a new notion of possibility. There is an appetite for excellence.” (Ron Berger)

Which begs the question, “how often do students produce excellence?”

It might be that although students are capable of excellence we rarely support students to produce their very best work and that much of the work produced falls in the bottom quartile of what is possible for that individual. It might be true then that the opportunity to  enable students to see what is possible rarely happens as students simply tread water in the mediocre. 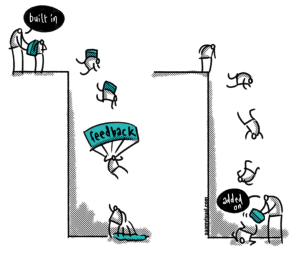 “we are often taught that talent begins with genetic gifts – that the talented are effortlessly able to perform feats that the rest of us just dream of. This is false. Talent begins with brief powerful encounters that spark motivation (ignition) by linking your identity to a high performing person or group (or self image). This is called ignition, and it consists of a tiny, world shifting thought lighting up your unconscious mind: I could be them (or do that, or achieve that – in fact look at my best work… my near wins).” (Dan Coyle)

“People with Growth Mindsets and who show GRIT achieve more when they engage in deliberative practice … it is this practice that achieve marginal gains (Steve Peters), inching toward excellence.”

“The pursuit of mastery is an ever onward almost.” … “Grit is not just simple elbow-grease term for rugged persistence. It is an often invisible display of endurance that lets you stay in an uncomfortable place, work hard to improve upon a given interest, and do it again and again.”(Sarah Evans)

Maybe then…individuals would see that they are capable of excellence, that this would change them forever and raise their personal benchmark. They would have a new self-image, a new notion of possibility and an appetite for excellence. Maybe observation and education would value the outcome, the quality, the closeness to excellence and be less fixated on observed practice…

“If you’re going to do something, I believe, you should do it well. You should sweat over it and make sure it’s strong and accurate and beautiful and you should be proud of it” (Ron Berger)

3 thoughts on “The Ethic of Excellence | igniting the possible”